Lives Transformed by the Power of God 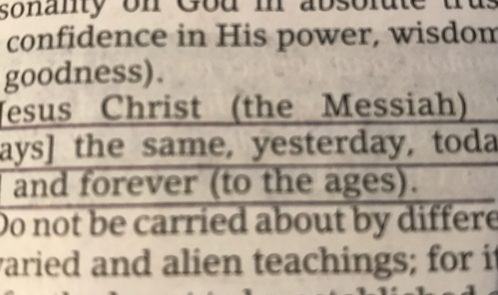 I’m reading a great book, “The New Evidence That Demands a Verdict” by Josh McDowell. It’s an intense book that is difficult to read at times. You really have to stay focused on the material. McDowell has collected evidence of Jesus’ life from top scholars who have shared their wisdom through the centuries. The research that has gone into this book astounds me. At the end of the book, McDowell lists the authors from whom he has quoted and gives a short sketch of who they were. Impressive people!

Who has done more to change people’s lives for the better than Jesus? I think of Nicky Cruz in “The Cross and the Switchblade”. What a tremendous testimony of a man’s life being miraculously changed because of God in his life. I think of Mac Gober. You can read about his life in his book, “Unchained”. Name something evil, and this man was probably involved in it. You name it: motorcycle gangs, crime, drugs, the list goes on and on. Yet when he surrendered his life to Jesus, the man truly was made a new creation. He started up “Canaanland”, a Bible-training center that offers an alternative to prison to men in trouble. I was listening to Kenneth Copeland speak, and when he mentions a scripture, if the Canaanland men are in the audience, a cheer goes up in respect for God’s Word. It’s so powerful! These were men that the world gave up on, but through Jesus, they are becoming all God wants them to be.

I’ve given you just two great examples of people whose lives were miraculously transformed when they turned their lives over to almighty God. I encourage you to seek God out for yourselves. Find a church that preaches the uncompromised Word of God. Talk to the pastor, the greeters, or the ushers, and let them know you are new and would like information on everything the church has to offer you. Having a loving church family is an amazing thing that we all need in our lives. My family attends a Victory Church in our city, and it has been a huge source of blessing in our lives.

It makes such a difference to have God involved in your life. Hugh Price Hughes showed this many years ago. He knew he could easily come up with one hundred people whose lives had been transformed for the better because of God in their lives. God does not change. He is the same yesterday, today, and forever (Hebrews 13:8). What He has done to transform lives for the better in the past, He will do again for you.