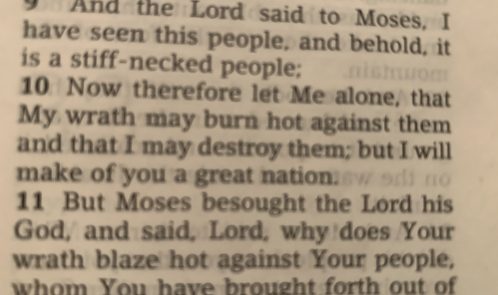 We think of God as a loving Father who is merciful and kind. He would never hurt any of us; He wants only good for us. Even though these things are true, we are missing a very important point. God hates sin. He detests it. I think we have the idea in our heads that because God is merciful and forgiving that we can live our lives any way we want, and God will just forgive us. A teenage boy can get drunk with his friends on Saturday night. God will forgive him. A woman can have sex with a married man. God will forgive her. A man can cheat a coworker out of her promotion. God will forgive him. A man can view pornography on a regular basis, even to the detriment of his wife and family. God will forgive him. We can cheat, steal, lie, be as rude and hurtful as we want, dabble in the worst kind of evil, and we feel God will just forgive. We feel we can serve the devil and serve God at the same time. The problem with this is that God’s wrath is building. He watches as babies are killed through abortion. He sees the sexual immorality that has ravaged our nation. He sees the unbelievable evil being promoted by liberal people in our country. Wrong has become right and right has become wrong, and humanity believes they are perfectly safe in defying God’s ways. But they are have forgotten the wrath of Almighty God. God holds back His wrath in His great mercy, but He is quickly reaching the end of what He will stand for. When the people of Israel had shown great evil over and over again, God finally said to Moses, “Now therefore let Me alone, that my wrath may burn hot against them and that I may destroy them” (Exodus 32:10). Moses begged for the lives of his people, and God spared them for Moses’ sake. Fortunately for the people, there was a righteous man left in Moses who was willing to fight for them. I wonder; is there a righteous man or woman left who is willing to call on God and beg for our deliverance even after the evil we have committed? I pray there is.
God is a Holy God. He cannot allow evil; it has no place with Him. God is reaching the end. He is done with watching His people being persecuted and destroyed. He is tired of people taking His love and caring and throwing it all away. He is tired of being ridiculed and mocked. He is tired of His godly ways being made to be shown as evil ways. His wrath has built up to immense proportions, and He will take no more. Your time to repent and turn to Him is quickly coming to an end. Your time of taking advantage of His great love is almost over. Time to face up to the wrath of God.